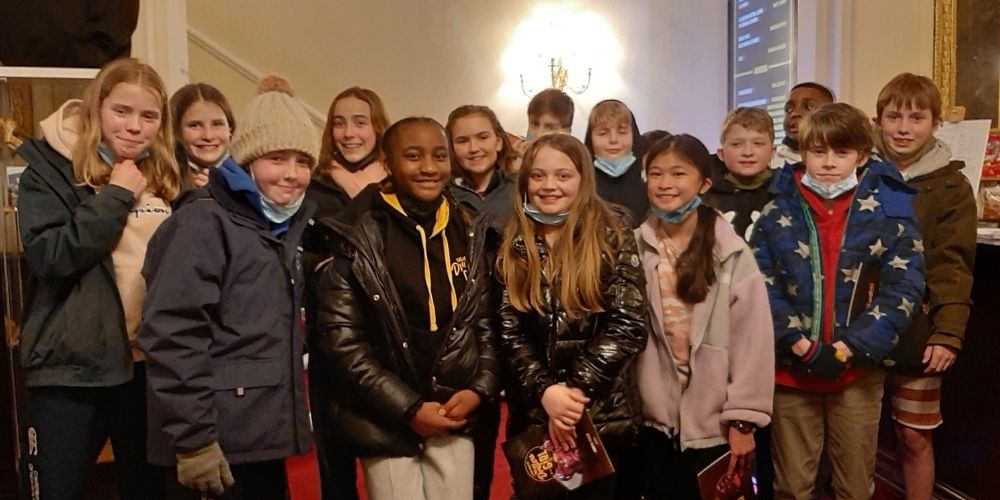 What other way to start the new term for Phase 4 pupils than a night out at The Garrick Theatre in London to see Savanna M in Year 7, perform in the hit show, “The Drifters Girl”, alongside a stellar cast, including Beverley Knight. Savanna has been in the show since it’s debut, playing the role of young Tina Treadwell, daughter of Faye Treadwell who managed the Drifters and her pioneering role in the music industry.

Pupils in Phase 4 were desperate to see Savanna perform so finally the evening arrived when a very excited group of pupils and staff boarded the coach for London to see the show. We arrived a little ahead of time so an early evening stroll around Trafalgar Square to catch the sights and lights before the performance was just the ticket. An extra treat was in store for us all upon arriving at the theatre to find that all our seats had been upgraded so we had a spectacular view of the stage.

We were all enthralled by the amazing story, musical numbers and incredible vocal performances throughout the show but more importantly, the collective sense of pride we felt for Savanna, watching her blossom in her element, was truly indescribable. The children in our group conducted themselves with courtesy and exemplary behaviour throughout the trip and indeed, several audience members commented on how they were a credit to our school.

The pupils were enchanted by the whole experience, returning to school to board overnight, tired, happy and humming those toe tapping Drifters tunes.

“Saturday Night at the Movies” it wasn’t, but it certainly was “Terrific Thursday at the Theatre”!